I met Burke Holland at the first ever O’Reilly Fluent conference in San Francisco. He worked for a Bulgarian company named Telerik and saw me speak at a pre-conference session about Adobe’s new open web focus (those were the days). We hit it off quickly - on my part, I invited him to write for the Adobe Developer Connection and he invited me to speak at DevReach in Sofia, Bulgaria (I clearly got the better end of the deal).

It was at DevReach that I met Todd Anglin, Brandon Satrom and others from the Telerik team. I’d heard of Telerik via Kendo UI, but knew little else previously. I left impressed. Another DevReach speaking opportunity later and I decided I wanted to join the team.

It’s been a bit more than 5 1/2 years and one acquisition by Progress since. However, today it is time to say my goodbyes.

I know everyone says they got to work with great people when they leave their job, but they didn’t get to work with the people I worked with. My immediate DevRel team was full of amazing, smart and talented people, some of whom remain and some have since moved on, including TJ VanToll, Jen Looper, Rob Lauer, Sebastian Witalec and Tara Manicsic. The same goes for my extended DevRel team including Ed, Sara, Sam, Alyssa, Eric, John and others outside DevRel who I got to work closely with during those years including Dan, Nora, Merrill, Leah, Tejas, Carl and more.

My last year, I had the opportunity to help lead a team with the marketing and communications department. I was fortunate to have a talented team of writers and just overall good people (thanks Mike, Mark, Danny and Nick). I also got to be part of an extended communications team filled with fantastic colleagues (Erica, Courtney, Danielle, Chris, Nicole, Colleen, Ani, Kim). It has been a great pleasure working with you all.

These years really have been the defining years of my career so far. I accomplished a lot of things and learned even more. While I am excited about what’s next (more on that shortly), it isn’t easy letting go of people whom you care about and enjoy working with every day. Thanks for all the opportunities Telerik and Progress!

I have so many great memories but here are some of my favorite memories: 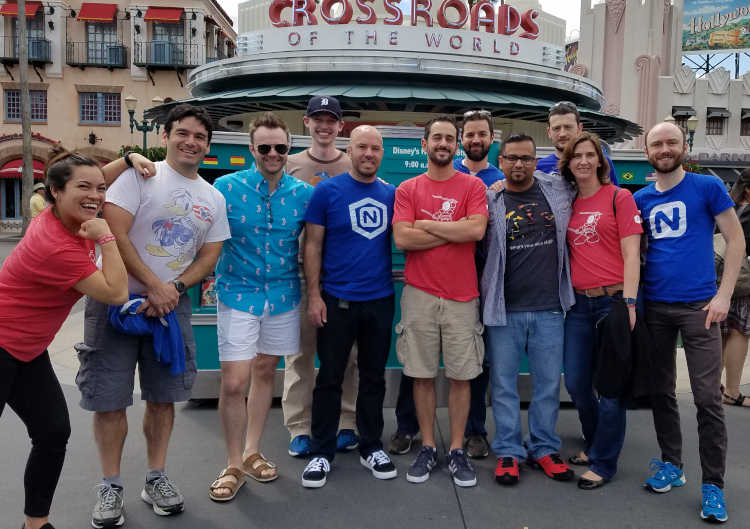 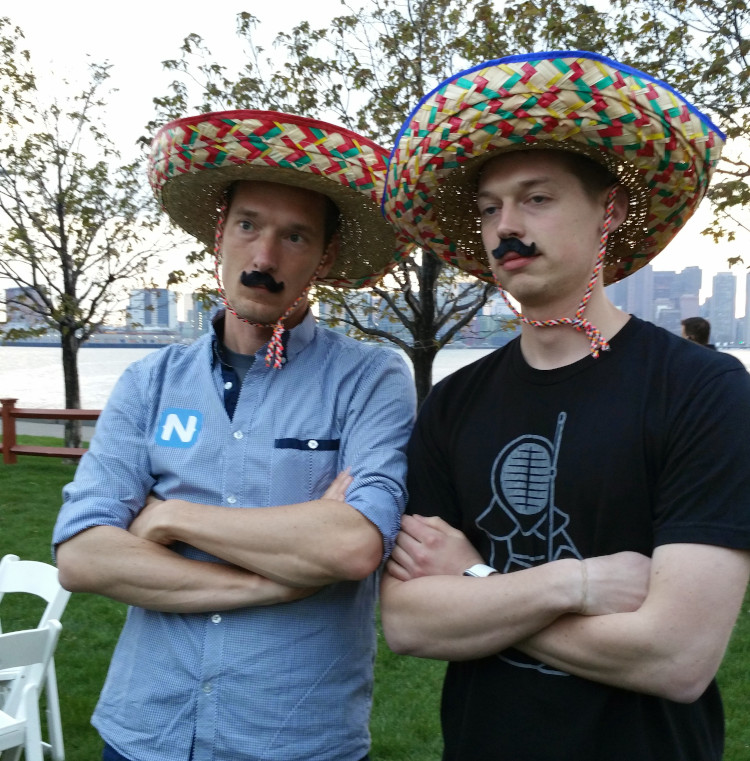 TJ VanToll and Eddy Verbruggen at TelerikNEXT 2015 in Boston 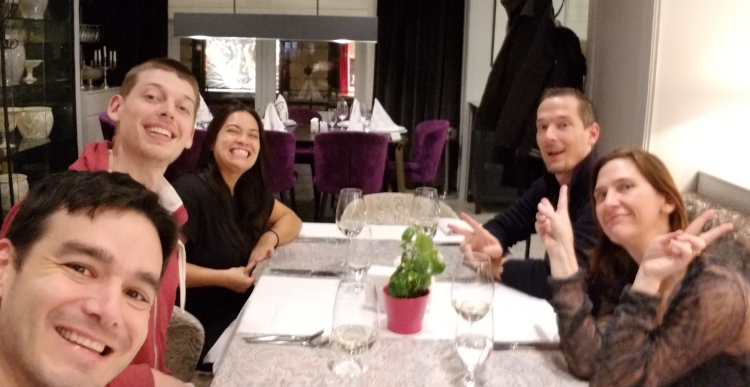 Dinner with colleagues in Sofia, Bulgaria, 2017 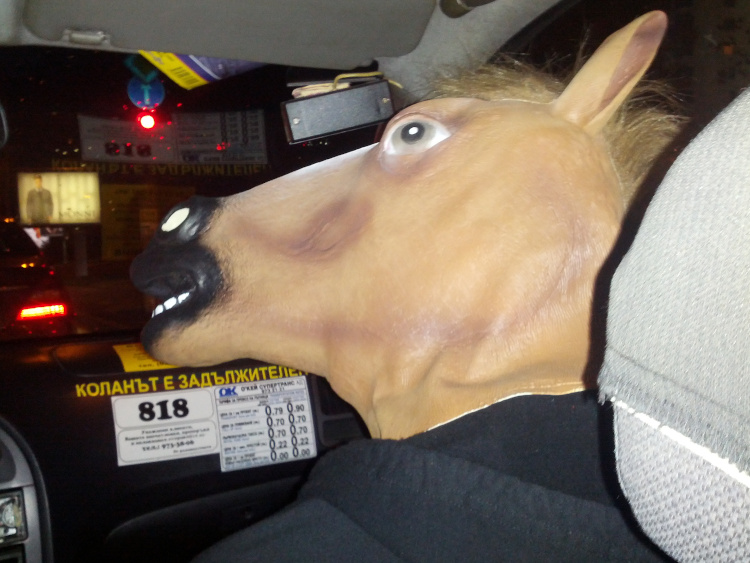 Roaming around Sofia, Bulgaria in a cab with Burke Holland in a horse head in 2013 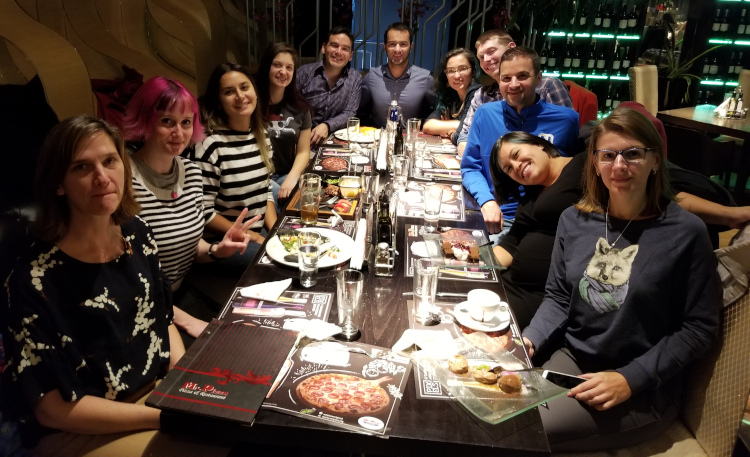 Dinner in Sofia with speakers and colleagues after DevReach 2018 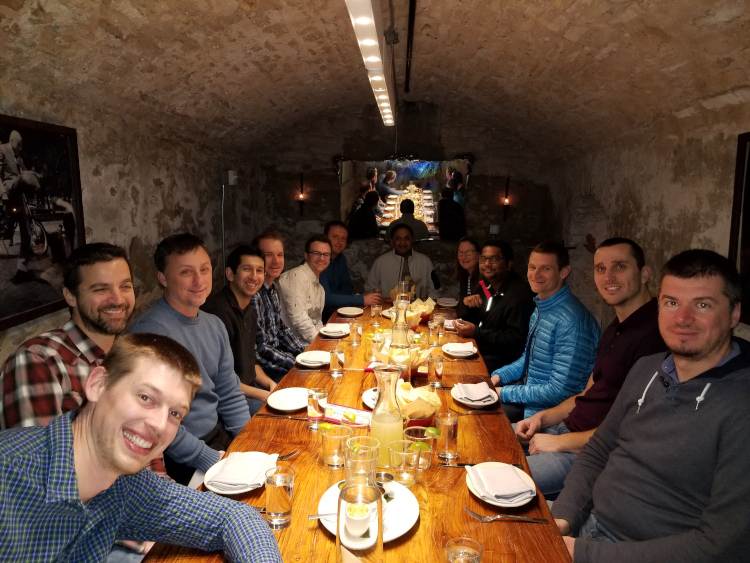 Dinner with colleagues after Kinvey team meeting in Austin 2018