This past weekend I had the pleasure of attending the latest Boston Festival of Indie Games at MIT. This was the third year of the event and my second attending. This year, as last, I attended with my two boys (ages 8 and 12). Here are some thoughts on the event and some of the games that I, personally, found interesting.

This year, as last, the event was held in the athletic center at MIT. However, the event outgrew the downstairs room that it was held in last year and actually took up both floors - the table top games were downstairs and the digital games upstairs (sessions were elsewhere but I didn’t attend any). While I am happy that the event has grown (and plenty happy to pay the small $10 fee to attend), it did come with a major drawback: the upstairs room was hot and humid - uncomfortably so. This even on a day when Boston itself was unusually cool for mid-September. Honestly, we might have spent more time there if it weren’t for the unpleasant conditions.

Here are my favorites from what I was able to try at the showcase. 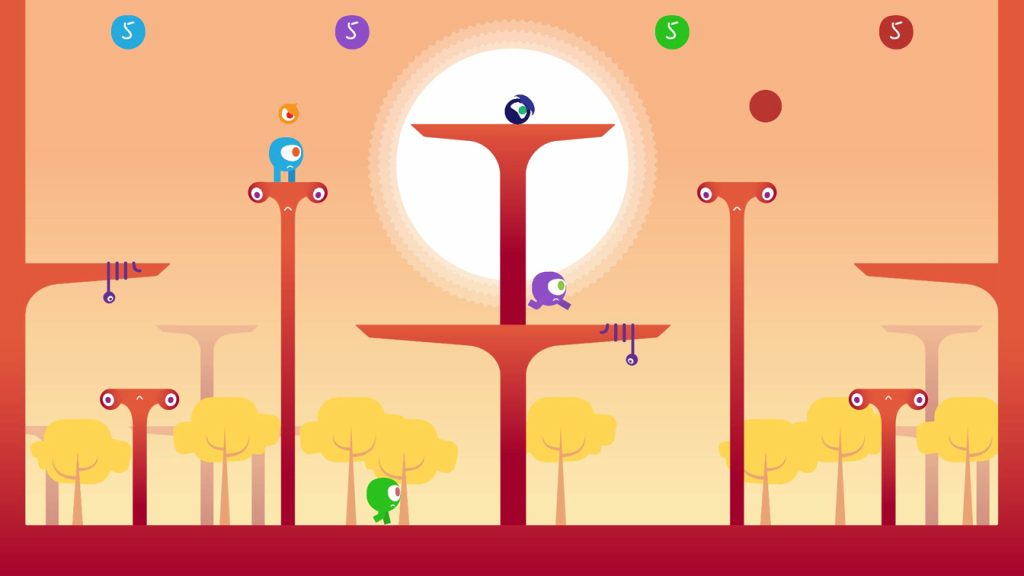 This was probably my favorite game of the day. It’s a fun 2 to 4 player game where the point of the game is to jump on the other players until they run out of lives and, hopefully, you are the last one standing. The way you do this is that your little creature turns into a ball when he jumps and can smash the opponent. It sounds simple but is harder than you’d think. The multi-level platforms and a variety of power-ups adds some extra fun to the game, which, as I understand it, will be PC only for the moment with other platforms hopefully soon.

One of the best aspects of this game is the design. It’s colorful and cute, which somehow adds to the sense of fun. This shouldn’t come as a huge surprise given that the developer is a graphic designer during his day job and this was built over nights and weekends. 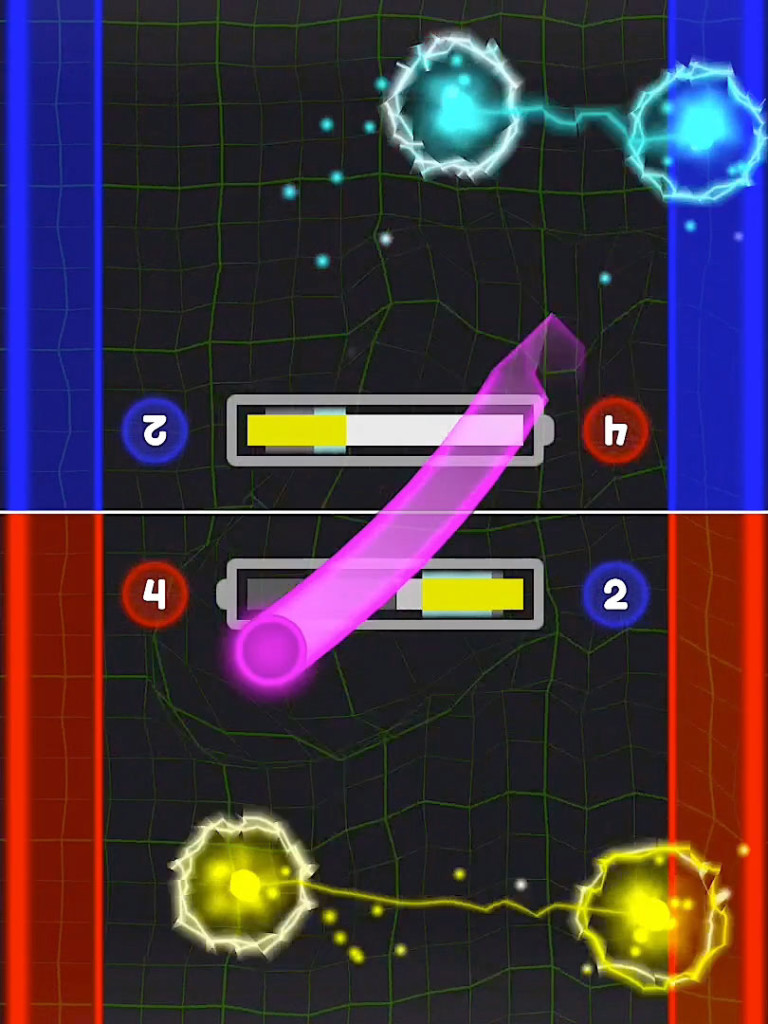 This is a clever iPad game from @BigMikeTheDev. It’s basically a two-player “air hockey” with a bit of a twist. Your paddle is electric and needs to maintain a charge. Every time you bounce the ball back, depending on a number of factors, it eats into your charge. The strategy is keeping your paddles charged (by placing your fingers along the sides of the game board) but not missing the shot.

There’s no site just yet, so follow @BigMikeTheDev for updates.

A Kickstarter project being developed by Decoy Games, Swimsantity is a 4 player underwater brawler with a variety of game modes. Each player comes with different weapons and different abilities, the later of which charge up as you compete. In one game mode, it was simply a Super Smash Brothers type brawl with the winner being the one who gets knocked out the least. In the latter, it was a cooperative mode where you needed to help each other to get through the level without being caught by the creature following your team.

The artwork and controls were all nicely done and my boys and I enjoyed playing together.

Yes, the zombie thing is getting old, as made clear by the number of zombie games even at this festival, but this one from Proletariat stood out. There are two modes. In one you control the heroes trying to defend cities against the hordes of zombies. This mode works much like a tower defense game. In the other (and the mode I got to play), you are the zombie hordes trying to destroy the city. In this mode, you use different “mutations” to give members of your zombie horde different powers. Some powers work better than others to defeat certain heroes (for instance, a stealth zombie is good against the snipers).

While both modes are takes on existing games, the combination of the two modes, along with nice artwork and easy to understand gameplay, made this one a winner in my mind.